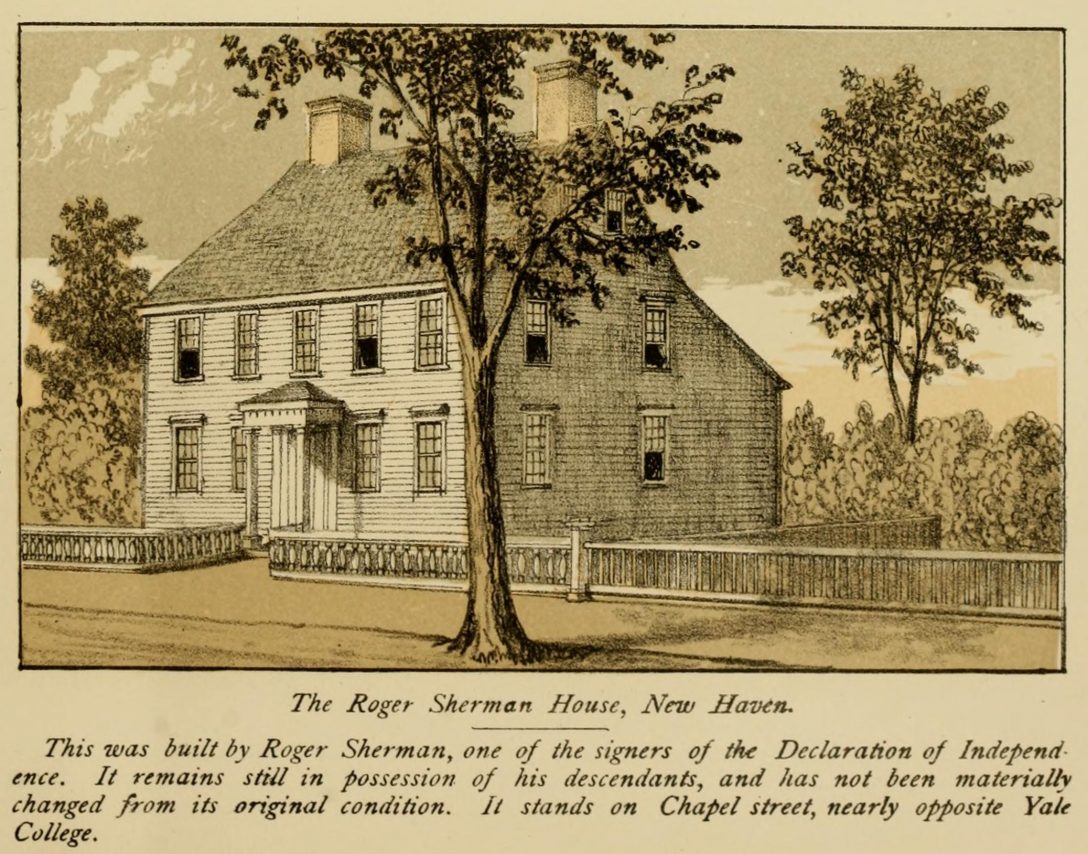 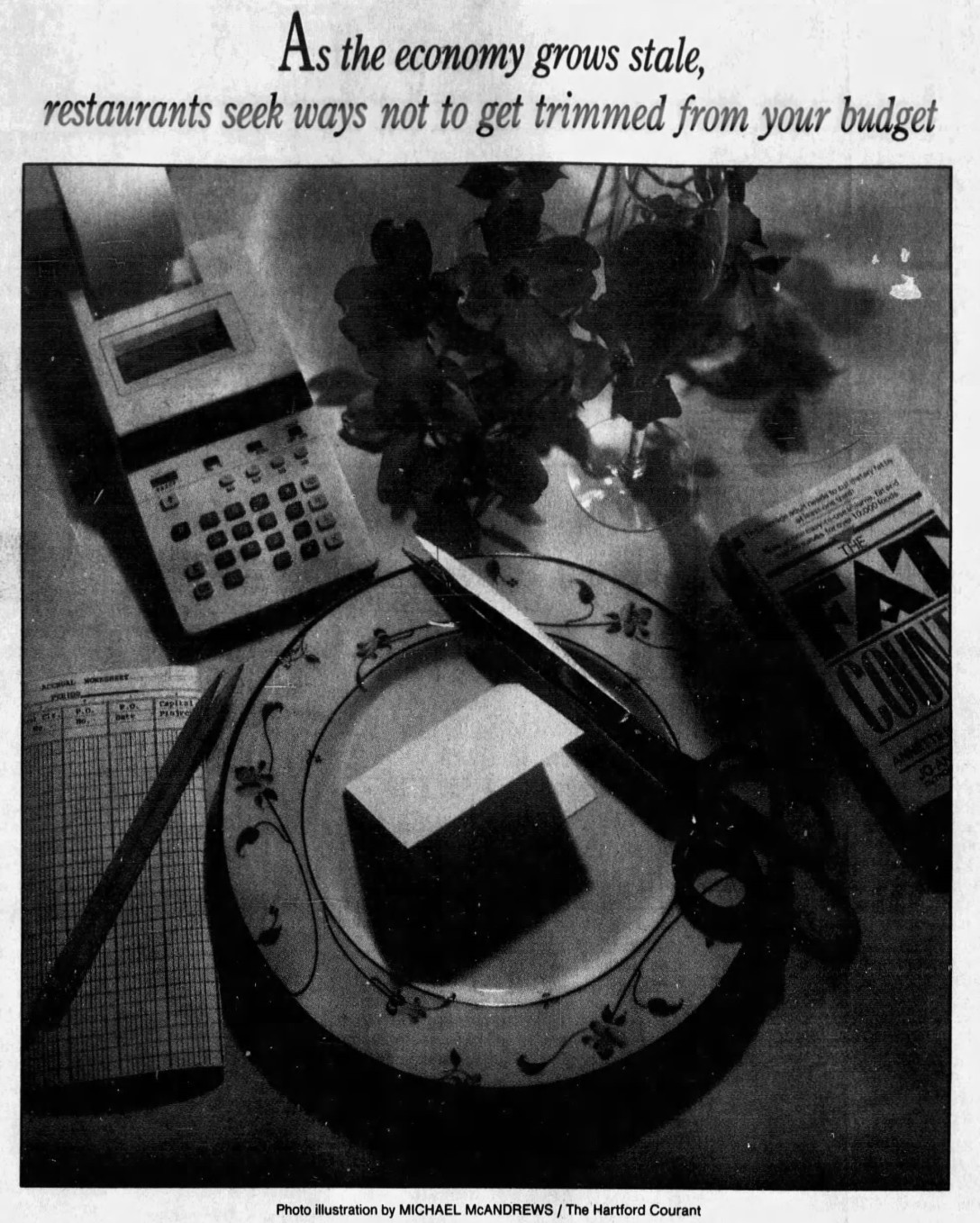 “Across the country, fine-dining establishments are adjusting to new trends in restaurant-going and getting hungry for better times.

A cautious economy, increased health consciousness, a trend toward more casual dining at less expensive prices and a premium on leisure hours for most working Americans are just some of the factors taking a bite out of profits.

Although all kinds of restaurants have been affected by current conditions, fine dining — which is traditionally labor-intensive, often incorporates expensive, luxury food items and offers a champagne style of service in a posh setting — is particularly vulnerable.

Some restaurants have resorted to drastic measures: In New York, the once-fashionable Melrose, in its heyday the preferred dining spot of the Wall Street crowd, has transformed itself into a bistro, serving more casual food at lower prices. In Los Angeles, Michael McCarty, owner of Michael’s, which was reputed to be the most expensive eatery in Southern California, has cut menu prices by a third.

In Connecticut, chefs and owners of several fine-dining establishments report some decline in sales or growth. But thus far, the mood is decidedly less panicky — and most have accepted the times and trends as a challenge.

Steve Cavagnaro, owner of Cavey’s in Manchester, which has been in his family since 1933, says, ‘The whole [restaurant] industry is going through a very dramatic shift, and it’s going to call for new understanding of how to do it. The survivors, and I definitely plan to be among them, have got to find ways to [adapt].’ He said the family is seriously looking at new options for its downstairs French restaurant ‘to make ourselves not such a special-occasion restaurant. We’d like to be able to be more accessible. How that is interpreted, I don’t know yet.’

Cavey’s acclaimed French restaurant offers prix fixe dinner menus at $45 and 50 a way, as Cavagnaro says, ‘to offer a multiple experience of joy,’ but, he adds, ‘I guess we may have to pull back a little bit to reflect people’s desires to have less food. I’ve been toying with it. I think until I see a more dramatic downturn, I probably will stay with the format that I have.’

Cavey’s upstairs, which houses the more casual and less expensive Italian restaurant (dinner entrees are $13 to $18), continues to do very well, Cavagnaro says, perhaps reflecting the change in today’s trends.

Jo McKenzie, an 18-year veteran of the restaurant business and owner and proprietor of Robert Henry’s in New Haven, dismisses the notion that fine dining is more troubled than any other type of business. ‘I think the economy affects everybody,’ she says. ‘I’m holding my own.’

Among the restaurateurs interviewed for this article, McKenzie is the only one who adamantly opposes making changes in her prices, product or staff. ‘I will never compromise what I do,’ McKenzie says. ‘I feel we price our food according to what’s in it. If I say we have truffled vinaigrette on the salad, then that’s what’s in it. Truffles sell now for about $560 a pound and we use them every single day… I keep a top chef and sous chef, a complete bakery department and several cooks… People will pay for quality.’

But in the short term, not compromising can mean restaurants are forced to reduce their profit margins. Prices for ‘dinner entrees’ at Robert Henry range from $23 to $28, the same as they were in 1986 when the restaurant opened, McKenzie says. Although McKenzie reports no decrease in sales, she says ‘I would like to see more growth. That’s probably slowed down… You don’t get into this business to make a lot of money,’ she says with a laugh.

At L’Americain in Hartford, executive chef Chris Pardue has lowered prices by several dollars an entree, he says. Dinner entrees that ranged from $22 to around $32 last year now are $18 to $28.

‘Sometimes it’s good to sacrifice a few dollars on an entree to give an image that people get more for less,’ he says.

Steve Wilkinson, chef and owner of Fine Bouche in Centerbrook for 10 years, agrees that today’s diner is looking for greater value. Wilkinson’s recent ‘Spring Fling’ series of dinners, which offered a $38 five-course dinner at the 1979 price of $22.50, along with tremendous wine values, drew great numbers. ‘People are looking for exceptional value,’ he says. ‘The question is how much can you do that and still keep your business running? The food cost was the same, the labor cost was the same You have to be careful. If a restaurant cuts prices that much, you have to do that much more in volume.’

That seems to be the rule at bistro-style restaurants such as Hartford’s Max on Main. Owner Richard Rosenthal says he makes a deliberate effort to keep prices within a certain range to guarantee greater accessibility. ‘We’re in a very sensitive market,’ says Rosenthal, whose prices on dinner entrees range from about $12 to $22. ‘Food costs have gone up so we take a little lower markup than we want to… We want to stay out of the special-occasion market. We want to be a restaurant that people can afford once a week or more often.’

Glenn Thomas, chef at Hartford’s Cafe on the Park in the Ramada Inn-Capitol Hill and one of the city’s newest chefs, planned his menu to fit into the $9 to $16 range. ‘Most people just aren’t willing to spend $25 to $26 for an entree,’ he says. ‘There is a clientele that’s doing that, but it’s a very small clientele… If you don’t hit that middle-priced market, you’re in a no-win battle.’

One area where many chefs compensate for reduced traffic and burgeoning food costs is in the kitchen, where the fat is trimmed out of the overhead for both food and labor.

Thomas says he maintains lower prices by carefully controlling his food costs. ‘You don’t do veal scalopine with a sauce,’ he says, offering one example. ‘You do osso buco which uses a less expensive cut of meat and you still have a nice-tasting dish.’

Wilkinson, who along with other chefs reports an amazing fluctuation in the price of vegetables, says he is very careful to check prices everywhere. ‘It’s just like you at home,’ he says. ‘We get the weekly supermarket mailings at home and we check them. Sometimes we go to Stop & Shop instead of ordering an item through a distributor. It takes more time but everyone is concerned about controlling costs.’

At L’Americain, Pardue has recreated certain dishes to get around using expensive ingredients. ‘Some of it is a change in product and some is a philosophical change on our part,’ he says. Pardue cites the escalating price of mini-vegetables, once used to garnish dinners. Pardue now uses apples, which cost much less per pound.

Although another method of cutting food costs would be to reduce diners’ portions, chefs are generally against the idea. ‘People are not looking for small portions prettily plated,’ Pardue says. ‘They’re looking for heartier fare.’

Pardue says he has reduced his staff. ‘I had to rethink,’ he says. ‘I found that last summer was our first real indicator of trouble coming. So we made changes in staff,’ reducing the number from seven to five.

Although bar business traditionally helps offset high food and labor costs, several restaurateurs report that health and social issues, and the state’s new drunken driving law, have put a crimp in sales of alcoholic beverages. Cavagnaro says that although wine sales are up slightly from last year, sales of hard liquor and beer are off 20 percent from last year and that those numbers were lower than 1987’s. Wilkinson says he frequently sees diners appointing a ‘designated driver’ and that person abstains from drinking throughout the meal.

If chefs and restaurant owners are discouraged by trends, at least one seems equally distressed that it reflects a greater social ill.

‘The dinner table is a wonderful time to sit down and relax and talk with your family,’ Cavagnaro says. ‘We don’t have that anymore. Everything is measured in minutes. I’m not sure we’ve improved the quality of our lives. We live longer but we don’t seem to be living better.’

As for the future of fine dining, the veteran McKenzie takes the long view. ‘It’s just like somebody that always has a blue blazer in their wardrobe,’ she says. ‘They always have it and it’s always going to be there. Fine dining will always be there.’

She also summons up something James Beard once told her. ‘He said, ‘You can’t hide a good restaurant, no matter what the economy, no matter what the weather,’ and I’ve never forgotten it.'”
-Excerpt and courtesy of Newspapers.com, The Hartford Courant, “A little less luxury,” by Deborah Hornblow, Wednesday, May 16, 1990. (top) Image courtesy of Newspapers.com, The Hartford Courant, photo illustration by Michael McAndrews, May 16, 1990